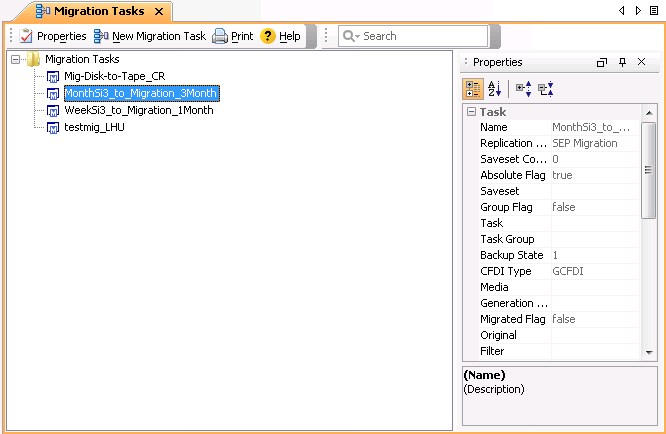 Migration is the process of copying backed-up data from one media pool to another, for example, from disk to tape. Backed-up files are organised as save sets, which are copied from the source to the target media pool, typically in a disk-to-disk-to-tape (D2D2T) sequence.

Provided that the media in the source and target media pools are available after migration, the save set is duplicated; however, a save set is considered to have been migrated if it is deleted from the source media pool. Both, source and target data sets can be accessed with the restore wizard. If only the migrated save set exists, it will be required in the event of a restore.

Migration tasks are managed under Main selection -> Tasks -> Migration tasks menu. The source and target media pool must be defined in a new migration dialog. Additionally, a number of filter options are available (including by task, task group or backup client). You can also migrate backups from a specific medium to a different pool.

You can start a configured migration task from the GUI immediately or attach it to a scheduled migration event so that it starts automatically at a predefined time. For details, see Configuring Migration. 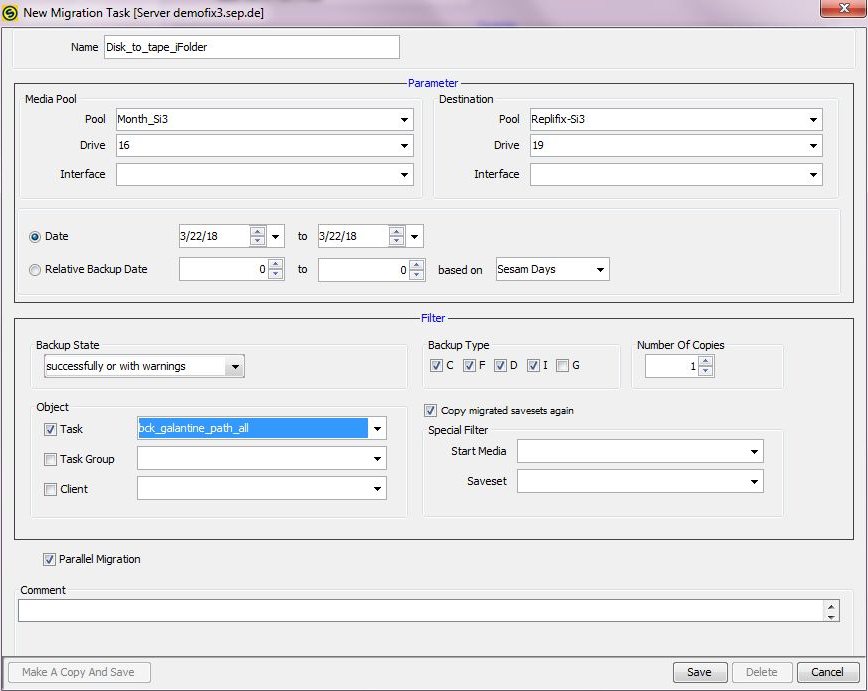 Here is a description of all the fields and the functions assigned to them:

Name
A name for the migration task like for example 'EasyDisk1-to-Xtra_FDI' (max. 50 characters).
Parameters

Filter
Using the filter options the number of backups to migrate can be limited.